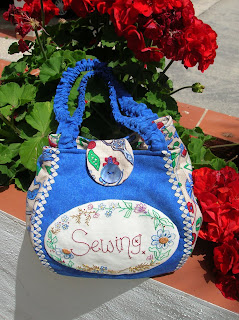 I wanted to do this post on 1st of May but better late than never as the saying goes.
Anyway,I seem to have a lot of finishes to share this time so on with the picture show.
Last time I showed you two different versions of a red sewing bag and now here are the front and side view of the blue multi coloured version I made from the same pattern. 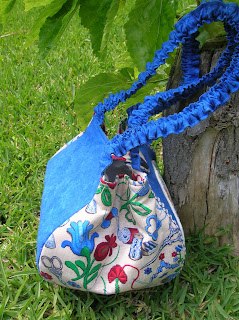 The next bag is from a great tutorial I found on a French blog. Now I think I probably know about five or six words of the French language but with the aid of my trusty friend Google translator and a very excellent picture tutorial I got by. 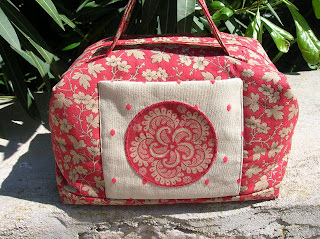 The fabric I used is my old favourite Moda French General. I cut one of the large motifs from one of the fabrics and hand appliqued it to the front pocket

Here's a view of the side 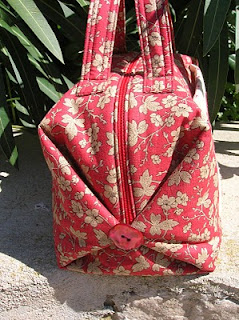 This was a fun bag to make and a lot of the ladies at my quilt group want to have a go. Yes, you do have to put in a zipper but it was easy! If you'd like to make this bag you can find the tutorial here on this blog and the actual tutorial itself here
There are a lot of different tutorials for all kinds of things and lots of lovely pictures of all the things people have made so well worth a look round.

Now on to the reason I had wanted to publish this post on 1st May. I think the French custom of offering Lily of the Valley for luck quite charming. I had to look it up as I had no idea as to the reason and here's what I found
On May 1, 1561 King Charles IX of France received a lily of the valley as a lucky charm. He decided to offer a lily of the valley each year to the Ladies of the Court. At the beginning of the 20th Century it became the custom on the 1st of May to give someone a sprig of lily of the valley, a symbol of Springtime...

Well, as I didn't know anyone who was going to give me Lily of the Valley I decided to stitch my own. This is Jour de Bonheur by L'R de rien finished as a pinkeep 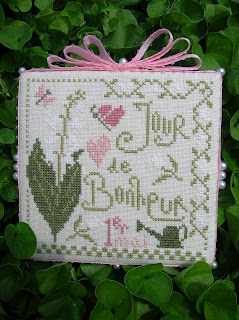 and backed with some pretty Tilda fabric 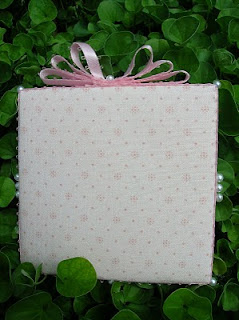 I enjoyed stitching that pinkeep so much I decided to do another one from the same designer. 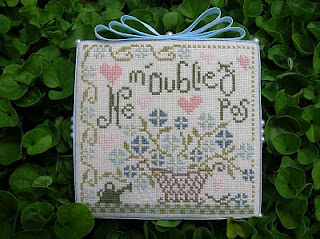 this one is backed with some Rural Jardin fabric 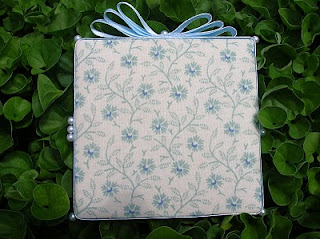 I think they make a pretty twosome! I'm afraid their bows got a bit squashed in the photo shoot but they are OK now! 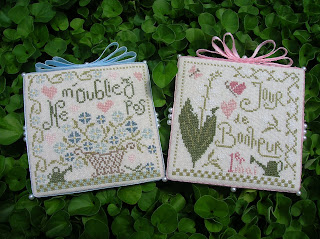 Now as you can see part of the wording is missing on mine - don't ask! Just let's say I was a bit mean with the linen and paid the price. This pillow is what I managed to salvage from the wreck! 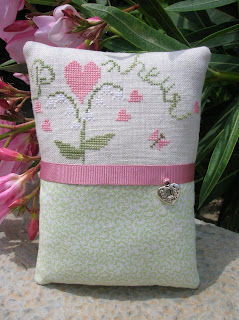 One of the books I received for Christmas was Sew Pretty Homestyle and I finally got round to making up one of the projects. Here's my first (but not my last) Tilda bear using reclaimed fabric from some old shirt that my friend found in a charity shop. They were going to send the shirt for reclycling but I think this bear is a much nicer way of doing things don't you? 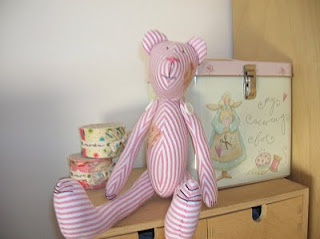 which just goes to show it really is possible to make something out of nothing. 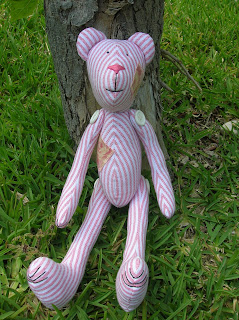 Finally just a couple of pictures for my friend Pat who told me the other day she was going to stitch in front of one of my palm tree pictures LOL.
Pat, these pictures taken today are for you! 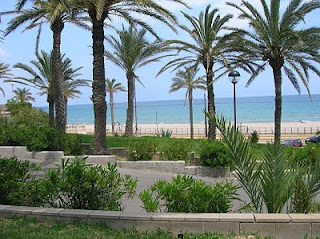 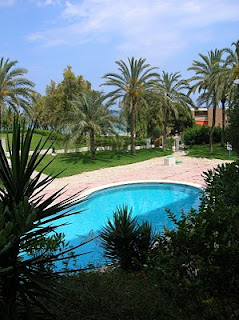 As always a big thank you for visiting my blog. Your comments and friendship are much appreciated.

Margaret
Posted by Solstitches at 7:18 AM 50 comments: